about the social on design

Its been said that “Desperate times require drastic measures”, and that quote has been used as argument by the worst-intentioned people around the world to react towards certain historic moments with violence and force. Just to reference a couple, that was the excuse of Hitler for reacting as he did against Jews at his moment; and not going to ‘far back’ in history, the ‘desperate times’ that George Bush argued the world was living, justified him to take ‘drastic measures’ and invade a foreign country creating a regional war of huge impact. These days in Colombia, the actual president who has been so for 8 years, is saying that he will only run up again for president (by changing the constitution… again) IF an ‘hecatomb’ occurs… I don’t know if it’s just me being suspicious, but that sounds to me like desperate times and the perfect excuse to take drastic measures. But this post is not about politics, but how a change of the way we think can straighten the road we follow.

Latinamerican countries, but particularly Colombia, are countries with highly complex problems, which have been historically managed with drastic measures that usually involve the use of the force. The problems range from unemployment and street crime to kidnapping and high levels of corruption; but this is all framed in a land full of natural, financial and human resources. What if, for a change, we tried to solve these problems through the creativity and smarts of its people and not by the force? I know this is very easy to say, but difficult to put in practice, but at least it could stand the basis for a new way of boarding desperate times. But this idea is not new, it has just received a personal title; initiatives like the Humanitarian Design tendency or Design for The other 90% and web-based communities like SocialDesignSite are already working to solve major problems by design, leaving aside the many ones that are working to prevent a climate crisis like IDEO’s Living Climate Change. In order for us to take this step forward we have to recognize that any country’s most valuable resource is its own people, and the same applies for companies; after taking that into account, we may proceed into leading people’s smarts and creativity towards change.

We could start by paying more attention to people like Tom Peters, who says education has to be re-imagined in order to prepare students for a creative society; or Richard Florida, who announces a change in ‘The rise of the creative class’, by describing how the organizations will stop claiming people to follow them, and start following the people who are full of creativity. This kind of people will allow us to perceive the value of creativity in the moment the world is living; but is not enough to simply understand them, but proactive measures are needed to really evidence the impact of creative thinking in a specific context. As an exercise, decision makers should call creative thinkers to help them find lateral solutions to the most important problems; how do you think a creative thinker would board health crisis? Or the financial crisis? What about an international conflict? Do the try, maybe you have the best solution possible but never thought it could be done… well, let me remind you, Desperate Times require Creative Measures and these are really desperate times. 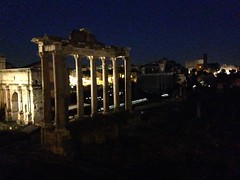